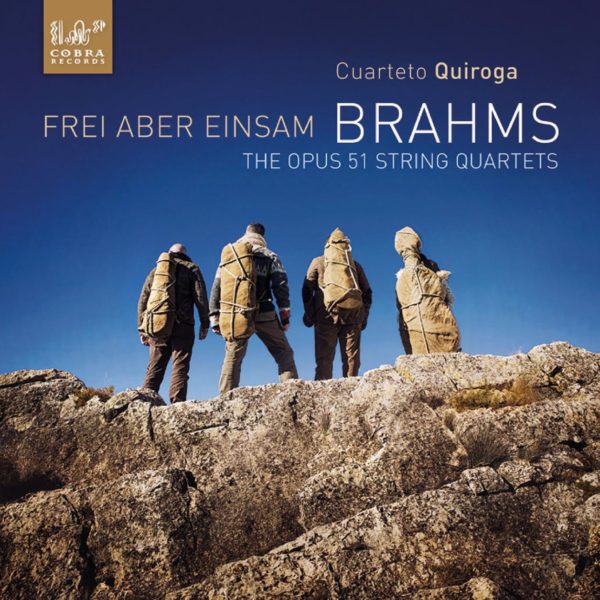 The story of a fascinating journey

This CD is not just a recording. It is the story of the solitary journey of a man who was able to preserve his identity and his artistic freedom bringing string quartet as genre, after a very difficult pilgrimage of struggle, to a summit from which one may behold the heritage of Beethoven, Mozart and Haydn -whose manuscripts of the Opus 20 string quartets belonged to Brahms’ private library- , the background of the german folk music tradition and also envisage the extraordinary (r)evolution of the second viennese school.

As Helena Poggio, Cuarteto Quiroga’s cellist, points out in the CD booklet, “Frei aber Einsam – ‘free but lonely’ – was the motto Brahms shared with his good friend Joseph Joachim and it forms the motivic basis of all the movements of his second quartet: the first letter of each German word represents a musical note (F-A-E). The inherent melancholic character of this motto can often be found within his music. Brahms identified with it deeply, having fought virtually alone in defence of his work, his aesthetic conception and his chamber music. To the end, he remained true to himself refusing any path marked by fads and trends that might have impinged upon his freedom and independence. Never once did he regret his posi- tion despite the suffering that it caused him. In his own words: “For me F.A.E. (Frei aber Einsam) has remained a symbol and in spite of everything, I may very well bless it.”