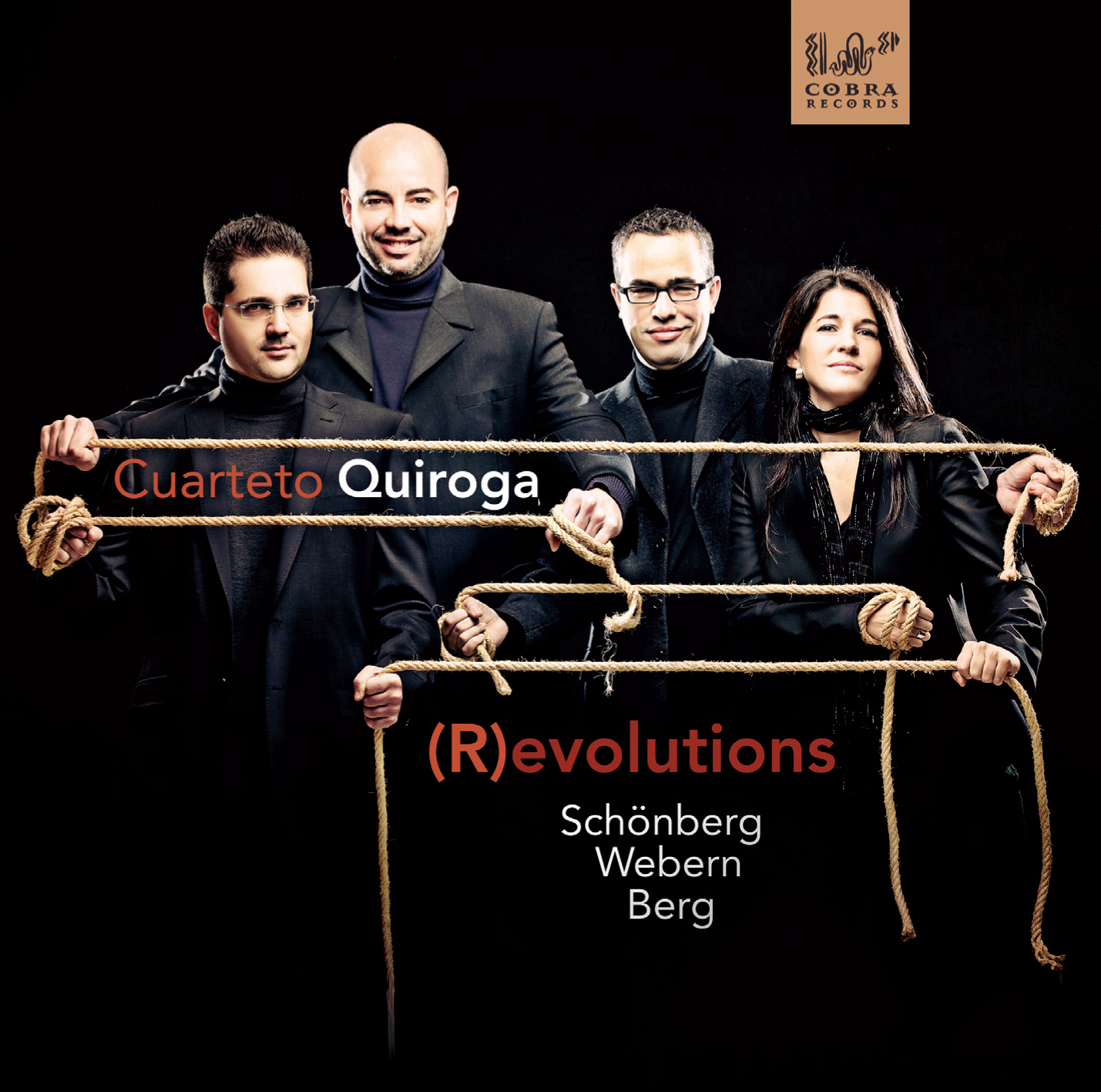 After their succesful CD “Statements”, described by the international press as “Target in full, (…) sensational debut recording” (Scherzo), “sophisticated, meticulous (…) aesthetic manifesto (…) one could not wish for anything more” (Volkskrant), “a recording adventure to be acclaimed” (El Cultural), “string quartet playing of a rarely unheard beauty” (Klassieke Zaken), and awarded as Best Classical Music Album 2012 by the Spanish Independent Recording Union, the prize-winning Cuarteto Quiroga returns to the studio with another innovative and bold recording.

The repertoire selected describes musically how Arnold Schönberg, Anton Webern and Alban Berg, departing from the musical language they inherited from the european musical tradition in which they were educated, evolved naturally and progressively to unfold a completely new sonic universe. This CD tries to illustrate how these genius authors did not have as their aesthetic target to deliberately break up with their past, but to honour it and to be faithful to its heritage, nonetheless provoking the most amazing revolution in musical language that had happened in centuries and that still nowadays remains unparalleled. Considered by many, even in our time, as avant-garde iconoclasts, these three great composers were perhaps, on the contrary, the only true loyal followers of a tradition that from Bach on to Brahms had shaped the european musical language. Their evolution became a revolution in the most organic way. Today, a hundred years after this stunning shift, a string quartet whose members are one hundred years younger than this generation of composers, wants with this CD to claim the importance of memory and heritage to construct, in times of crisis, a new path for a fascinating and necessary (r)evolution.