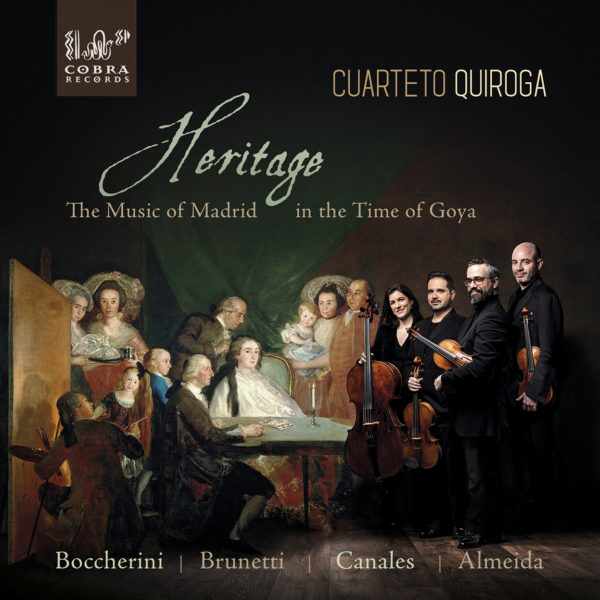 Disculpa, pero esta entrada está disponible sólo en Inglés Estadounidense. For the sake of viewer convenience, the content is shown below in the alternative language. You may click the link to switch the active language.

Most music lovers around the world identify the birth of string quartet with the name of the great Austrian composer Joseph Haydn, so called by musical tradition “the father of string quartet”. The collective cultural imaginary places string quartet, thus, as a central European phenomenon, with Vienna, Mannheim, and maybe northern Italy and the Bohemian lands, as epicentres of a musical earthquake which would shake the European music scene forever. Furthermore, when the expansion of quartet as totemic genre is studied, the names of London, Paris, Amsterdam, the court of Prussia and even the nordic Stockholm appear consistently in the picture, but one European capital is usually left behind as culturally peripheral: Madrid.

This CD tries to illustrate musically how, rather the opposite, Madrid, in the last third of the eighteenth century, became one of the most active capitals of the European string quartet scene. Around the Royal Court, the arts flourished, and while the now world renowned Francisco de Goya was chamber painter for the Royal Household – producing masterworks that have attained all the historic attention they deserve– a bunch of extremely talented, skilful and brilliant composers, such as Boccherini, Brunetti, Canales, Almeida and many others, actively and extensively composed a large catalogue of chamber music –specially string quartets– that unfortunately today, with no musical justification, has remained in oblivion or has been regarded with disdain.

This new CD by the internationally acclaimed, Madrid-based Cuarteto Quiroga, performing with gut strings and historically informed criteria, presents an eloquent anthology of the string quartet production in Goya’s Madrid –including two world premiere recordings– claiming its great musical value and its capital importance to fully comprehend the birth and expansion of one of the most important genres of our European cultural heritage.